Started in '06 when Jeff, Jon, and Brendan got drunk watching Beerfest. Shortly after, Jason joined the group, rounding out our ever powerful drinking dojo. At some point, we named Jon our dojo master. Hell if I remember when, we were all drunk. The dojo further evolved when we were invited to a local beer drinking competition in which we were later disqualified from. Some people just dont understand double elimination.

Rumors say the dojo died after that fateful day that Jon and Brendan were beaten up by a group of mexicans and robbed of their keg, later prompting their dojo retirements. I think if they were drunk enough, none of this would have been a problem.

Later on, Jeff resurrected the dojo by taking the master post and with Jason, recruited two new members, Scott and Matt. The dojo lived on through a glorious Golden Age after a real Beerfest boot was purchased and used for training. Somehow Matt drank 2L of beer in 3 minutes. No one knows how that happened. He probably cheated. Asshole.

Today, the dojo lives on, with Jon coming out of retirement to resume his post as dojo master, with the goal of gettting the dojo into World of Beer's 500 club. The current roster is Jon, Jeff, Scott, and Derek.

To this day no one has seen Jason, he moved to some desert in Arizona, we think he is living in the caves after joining some army group. 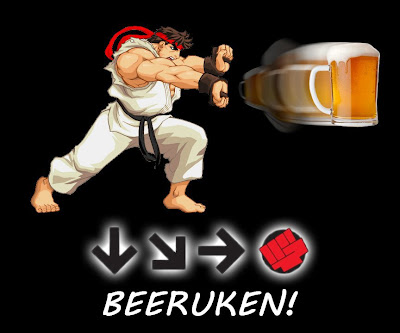